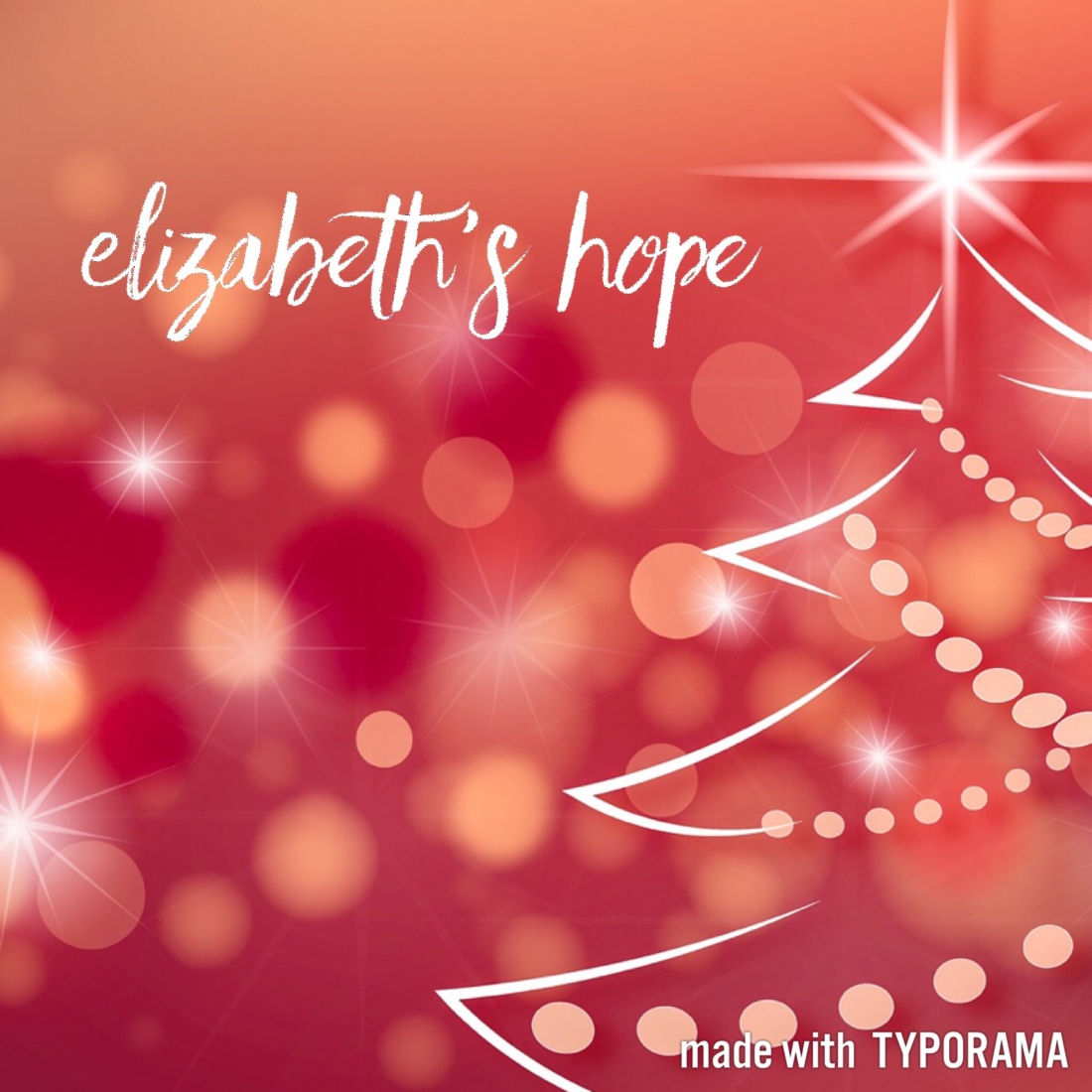 In April, Dan and I miscarried our second baby, Lil Bit. (You can read Lil Bit’s story here.) We  spent a great deal of time trying to figure out how to “mark” Lil Bit’s due date.  After much discussion, we decided to head out of town to see a Broadway style show called “The Miracle of Christmas”. Just as it sounds, the show was all about Jesus’ birth.

The show opened with the betrothal ceremony for Mary and Joseph. After the ceremony, Zachariah and Elizabeth were walking back to their home, and Zechariah asked Elizabeth if her heart was ok. Elizabeth was quick to say yes, but then explained that her heart was a little heavy watching Mary and Joseph. As happy as she was for her cousin Mary, she wished she had children of her own to marry off. The discussion was quick, and the scene ended with Elizabeth being thankful for all God had done over the years in her life.

During that scene, tears streamed down my face. I relate to Elizabeth’s heartache. In 10 years of marriage, I have watched so many of my friends start and finish their families.  Yes, I am very content with my life. I am blessed beyond measure, but I would be lying if I said my heart never got a little heavy when I think what could be. As the scene finished, I couldn’t help but wonder “Why did we pick a story where two women get pregnant to “celebrate” what should have been our due date?”

I don’t know exactly when it hit me, but at some point, during the show, I realized the Christmas story is the ultimate fertility story! Not only did Elizabeth get pregnant in her old age, but Mary got pregnant as a virgin! Both are stories of God doing the impossible. I left the theater with an encouraged heart, with renewed hope that God is a God of the 1%.

We know Elizabeth followed all the Lord’s commandments and regulations blamelessly. This doesn’t mean she was sinless or perfect, it means that she had a pure heart. Her obedience and her desire to be close to the Lord made her guiltless in His eyes.We also know that Elizabeth was barren and was past her child bearing years.

What I find so powerful in all of this, Elizabeth was past her child bearing years. Scripture doesn’t tell us this, but I believe that she had to have come to terms with the fact that motherhood would look different in her life. She wasn’t going to bear children of her own. I am sure there were many prayers prayed, many tears cried and probably several angry fists thrown at God. However, the bible tells us the Lord found her blameless. That means, in all the ugly… she had found peace. She was content.

What’s even more powerful, the Lord knew the desires of her heart and hadn’t forgotten.

Hear me, I am not suggesting that Dan and I should stop asking God for the desires of our hearts and just get content with not having children. I am also not suggesting the reason Dan and I haven’t carried babies to term is because we are sinful. What I am saying is that God hasn’t forgotten us. He has heard every single one of my prayers. He has seen every one of my tears. He sees Dan and I, He hears us, and more importantly He cares for us. He hasn’t forgotten our deep desire to be parents. Elizabeth’s story is proof  Dan and I should continue to search our hearts and follow obediently where the Lord leads regardless of our circumstances.

Elizabeth gave birth to John the Baptist. The man who paved the way for Jesus. I have always believed that my future babies will be put on this earth, just as John the Baptist, to prepare the way for Jesus in the hearts of others. I don’t know what it will look like, but I believe my babies will be world changers. But it wasn’t until just the last few days that I realized something big. God choose Elizabeth to mother John the Baptist. Out of all the women, God prepared Elizabeth’s heart to mother John exactly the way he needed to be mothered. God gave her the wisdom and the tools (and the personality) to help guide John to be the man that God called him to be. One day God will bless Dan and I with children to raise. God will put those specific hearts in our home for a reason. There is no one on earth that will be able to raise the children placed in our home like Dan and I. He will give us the wisdom and the tools to help raise those children to be the men and women God has called them to be.

Christmas can be hard. When families are focused on being together, it’s easy to only see what is missing. However, the miracle of Christmas is full of hope. God choose Elizabeth, when all odds seemed impossible, to birth the man who would pave the way for Jesus. If your heart is heavy this season, I pray that you will remember the hope found in Elizabeth’s story. God hasn’t forgotten you. Keep being steadfast in your walk. Keep chasing God’s heart and being obedient to his word. Your answer may be one prayer away.

Hi! My name is Melissa! I am married to my college sweetheart, Dan. We live in Springfield, Missouri with one very cute (and fat) cat. This blog is a window into my heart. I share the good, the bad, the ugly and how God is using all of it for His glory! Grab a cup of coffee (or whatever your drink of choice is) and let's do some life together!
%d bloggers like this: